A lot of people have suffered from ankle sprains during sports. Some of them can be improved as long as they are iced, but many are seriously injured to ligaments. Orthopedics The doctor reminded: “Although ankle sprains are common, don’t take them too lightly. Even if it is not serious, it may cause soft tissue damage such as ligaments, and it is also accompanied by the risk of fracture.”

Because ankle sprains are very common, many people don’t care about them. Most people don’t seek medical attention unless the pain is so painful that they can’t walk. Inversion of the ankle with the instep and the instep facing out, coupled with top-down pressure, can cause ligament damage on the anterolateral ankle.”

An ankle sprain is not just about pain

Structural injuries can cause pain, swelling, and there are problems in the “visible” areas, so people will take it seriously, but functional injuries are “unable to function”, such as muscles no longer as strong as before, bone position Offset leads to uneven force and damage to proprioceptive receptors, making the body lose its “sixth sense” to avoid injury.

Proprioception is the sixth sense of the body

Proprioception refers to the feeling that the body can still make corresponding actions and perceive the use of its own body without relying on the eyes. For example, if you close your eyes, you can still understand the “hand stretch”, which is an intuitive movement, so it is also called the sixth sense of the body. 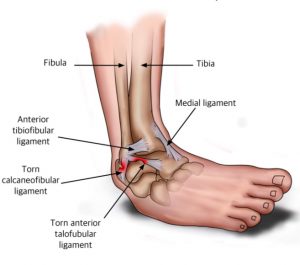 The proprioceptive receptors are mainly hidden in the muscles, joint capsules, and ligaments. When these parts are subjected to force and output, the proprioceptive receptors will inform the brain of the current changes in the body and act accordingly; When pushing, the body will feel that the force on the left side is relatively large, and immediately adjust the center of gravity of the standing posture to avoid falling. This is a reflex action to prevent injury.

However, if you only repair the structural tissue, but do not deal with the damage of the sensory receptors, not only will you not be able to make reflex actions, but it will also make people ignore that they have the injured part; and the body will be uneven due to the uneven force on the muscles, resulting in Skewed, such as scoliosis, hunchback, etc., make the brain mistakenly think that “this is the normal posture”, and over time, it will crush the bones and muscles again.

Proper sprain repair should include ‘proprioception’

So when the swelling and pain have disappeared, it is time to repair the proprioceptive receptors, instead of thinking that you are already healed and using the injured part to continue to exercise, causing secondary injury. In addition to repairing proprioceptive receptors, it is also important to understand that after muscle injury, strength will decline and there may be unbalanced forces, so muscle strength needs to be rebuilt.

To rebuild the proprioceptive receptors, unbalanced stimulation needs to be performed to make the sensory receptors re-sensitized, such as trying to stand on a balance ball, etc. These parts need to seek the assistance of a physical therapist to make the sprained The part returns to the previous state, and it is less likely to be injured again. 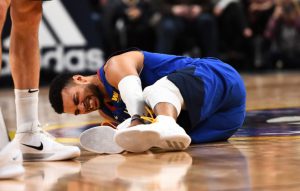 Depending on the amount of force, the ligaments may even be partially or completely ruptured, resulting in instability of the ankle joint. The most common ankle injury is a “soft tissue sprain”, which involves damage to tissues other than the bone, such as joint capsules, tendons, muscles, blood vessels, nerves, ligaments, subcutaneous tissue, and skin.

Yang Weihong pointed out that according to the severity of the sprain, it can be divided into three grades:

Treatment method: Ice compress should be given for the first 3 days, and an elastic bandage should be used for compression, and the affected limb should be raised and rested; after 3 days, heat compress should be applied, and then it will recover after resting for about 1 to 2 weeks.

Symptoms: Due to partial rupture of the ligament, there is severe local tenderness, a large range of congestion, quite painful walking, and severe swelling.

Disposal method: It is recommended to seek medical advice, and use plaster or handguard to keep it immobilized according to the situation. Rest and immobilization for 6 to 8 weeks are required to facilitate the healing of the ligament.

Symptoms: The ligaments are completely ruptured, the ankle joint is deformed and will be sideways, the joints are painful when they move, and they cannot walk.

Disposal method: It is recommended to seek medical attention and accept surgical treatment.

Do I need to go to the doctor for a sprain? Five symptoms that should not be ignored

In addition to the possible damage to soft tissues such as ligaments, ankle sprains are also associated with the risk of fractures. Yang Weihong explained: “Most common ankle fractures occur in the medial malleolus and lateral malleolus, and a few also have scapular or severely comminuted fractures of the articular surface.” Many people are unable to determine whether they should see a doctor for sprains. Doctors recommend that you seek medical attention in the following situations:

Yang Weihong shared a clinical case, a 23-year-old classmate surnamed Wang, who rarely sprained his ankle while playing basketball. After two visits to the doctor, he could not get any improvement. The persistent severe pain in the ankle made him unable to walk for a while, and it was not until later. It was found that Wang’s lateral ankle ligament had already been ruptured. It should not be taken lightly when there is persistent pain, it may be that the injury is more serious than expected.

Most ankle sprains can recover well after treatment, Yang Weihong emphasized: “However, no matter how small the injury is, it can’t be ignored, because it may cause sequelae, even if it is not serious, it may cause the sprain to recur again and again, and in severe cases, it will lead to arthritis and poor health. It’s okay.” It is recommended that people seek professional medical treatment after sprains, and do not indiscriminately massage or cup to make the condition worse and miss the best time for treatment.