The o-leg is what we call a bandy leg, as opposed to an X-LEG. The diagnosis is also simple: the first stand naturally, then heel to heel, sole to sole. During this process, if the lower legs do not close together before the knees together, it is x shaped legs, clinically known as Genu Valgus; if there is a certain distance between the two knees after the lower legs close together, it is o shaped legs, clinically known as Genu Varum.  As for the severity of the disease, x-rays can be taken to assess the angle between the Tibia and Femur; The distance between the knees can also be measured directly. When standing naturally, the greater the distance between the knees, the heavier the o-shaped leg.

A protocol for evaluating GENU Varus

Depending on the reason, there are three types of o shaped legs. One is physiological. Because the size of the uterus is limited, the fetus must be moderately curled up, so the newborn is bandy legs. As they develop, the o shaped leg gradually eases; after age two and a half, it reverses, starting with the x shaped leg. It is not until the age of six that a child’s leg shape begins to change to that of an adult, and by the age of 10 most children have a normal leg shape. 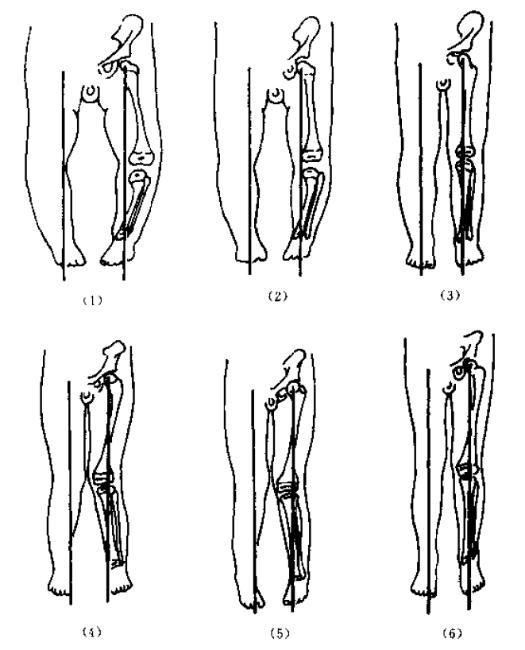 Changes in leg shape of children

The second type is caused by exercise, early participation in sports training, or improper use of Walker, which may cause o-shaped legs. In particular, the latter, many parents fear that their children will lose in the starting line, thinking that Walker can help children learn to walk, in fact, Walker will not only interfere with the normal process of learning to walk, and may lead to injuries such as falling stairs.

So, which o-shaped legs need treatment?

It’s all about the symptoms. Correction should be considered if, after age 7, the condition does not improve, or after age 2, the condition worsens, or if the degree of curvature affects walking and height is significantly below average.

There are two kinds of corrective methods, one is surgical treatment, the surgical trauma on the human body is relatively large, so there is a strict indication that the average knee interval is more than 10 cm.

ORTHOTIC insole belongs to non-surgical treatment. You can try to simulate an o-shaped leg, the distance between the two knees, the foot will be adjusted, the ball of the foot on the outside of the increase in force, the inside is reduced. There are two possible benefits to using a supportive insole. On the one hand, support can improve the force on the soles of the feet, reducing pain. Studies at home and abroad have confirmed this.

On the other hand, it is traditionally believed that orthotic insoles can force the calves to pronate and passively change the development of the lower limbs, thus alleviating symptoms to a certain extent. But to achieve a complete correction, there is no way to determine.

In short, whether it is o shaped leg or other diseases, first to clarify the definition, it is best to consult a professional; know the symptoms to understand the pathogenesis, and then determine whether a treatment is appropriate.

How Often Orthotics Insoles Need To Be Replaced?

Why do I need to customize orthopedic insoles.