O-shaped legs are medically called knee varus, commonly known as “loop legs”, “bow legs”, and “luo basket legs”. Refers to the knee joint, the tibia of the calf has rotated inward by an angle, so it is called “knee varus.” The definition of knee varus is easy to be confused by seeing the shape of the lesion as it is taken for granted: the definition of knee varus is not named after the direction of the angle formed by the varus, but named after the turning direction of the shin tibia. Knee varus, the angle of the knee joint points to the outside, so it is often mistaken as knee valgus.

Place your heels and feet together, relax your legs and stand upright. If there is a distance between your knees, it means you have O-shaped legs.

Generally, the degree of O-shaped leg is judged based on two indexes of normal knee distance and active knee distance.

The so-called normal knee distance refers to the distance between the inner sides of the knee joints when the ankles of the feet are close together and the legs and knee joints are relaxed when standing upright.

According to the size of the normal knee distance and active knee distance, “O-legs” are divided into mild, moderate, and severe.

According to the size of the normal knee distance and the active knee distance, “O-shaped legs” are divided into degrees I, II, III and IV.

Ⅲ degree: the normal knee distance is between 3~5 cm;

Degree IV: The normal knee distance is greater than 5 cm. 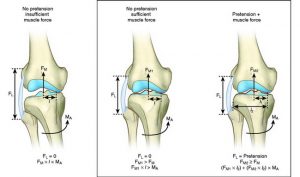 In a normal knee joint, the pressure is evenly distributed on the articular surface. For people with O-legs, the bodyweight is concentrated on the inner articular surface of the knee joint due to the knee joint varus. Excessive pressure and friction can cause wear on the cartilage surface of the medial knee joint, collapse of the tibial plateau, and secondary osteoarthritis. When they are old, joint pain is prone to occur, which affects normal walking activities. O-shaped legs affect our physical appearance.

1) The S-shaped curve on both sides of the body is destroyed, and the arc that should be retracted to the knee joint disappears, or it becomes a curve that expands outward, visually lacking that exquisite beauty.

2) For people with O-shaped legs, the upper and lower legs have more muscles on the outer side of the bones and fewer muscles on the inner side, which causes the outer contour of the lower limbs to shift outward. The hips are wide and the calves are particularly curved.

3) Because of the uneven distribution of muscles, the O-shaped legs appear to be very curved, so that the legs lose their straight curve and the whole person is a bit less straightforward.

4) For people with O-shaped legs, the huge gap between the two legs is visually unsightly.

6) People with O-shaped legs have short legs and an imbalance between the upper and lower limbs when viewed from the front due to the change of the thigh curve.

7) For people with O-legs, due to excessive body weight concentrated on the inner side of the knee joints, when walking, it is difficult to maintain balance, easy to swing, forming duck steps, and ugly gait.

The impact of O-shaped legs on human psychology: The deformity of the legs not only affects body shape and fitness, but also damages human health. The harm to people’s body shape and the huge psychological pressure caused by it.

The impact of O-shaped legs on human health: Because O-shaped legs destroy the normal force distribution of the knee joint, the biological stress on one side of the joint is increased, and the opposite side is relatively reduced. Over time, it can also cause pain when walking on the knee joint, and the joint movement is also affected, which can easily lead to osteoarthritis of the knee. 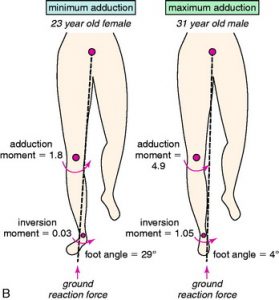 Is the O-shaped leg the bone bent?

Many people simply think that an O-leg (knee varus) is a bent leg. Even some non-specialist doctors have this kind of layman’s understanding.

Actually, knee varus is far from simple. From the professional literature, we can see that knee varus is divided into mechanical varus of the tibia with altered bone quality and varus caused by soft tissue imbalance. Most people don’t know the latter, so they roughly conclude that O-legs cannot be corrected.

In the next text, we will introduce the treatment of knee varus.