1. Orthodontic footwear company: Due to commercial considerations, it is natural to actively encourage patients to use more orthopedic footwear;
2. Rehabilitation practitioners or rehabilitation physicians: Because the foot and ankle surgery is not their specialty, parents are advised to purchase orthopedic insoles, intramuscular effect patches, and other auxiliary equipment, at most, they should be treated with stretching and long-term rehabilitation;
3. Pediatric orthopedic doctors: It is believed that flat feet in early childhood will generally improve with age and complete arch development. Unless they are particularly deformed and unable to move, let it go and do not need special treatment.

Should it be detected and treated early? Or let it go and don’t worry about it? In this way, children with flat feet are like a Texas hit, falling in the medical care zone. Do you need to worry about it?

Do I need to spend a lot of money to buy orthopedic insoles? Can surgery be cured? The inconsistent argument often leaves impatient parents wondering what to do.

Do “corrective insoles” have corrective effects! ?

Many parents want to treat the flat feet of their beloved baby “as soon as possible”, so they cherish hope and spend thousands or even tens of thousands of dollars to buy orthopedic insoles for their children. However, the most unbearable thing is that the hope is lost after a few years! The result is far from what I expected.

It is recommended that parents do not need to waste money to buy those orthopedic insoles that are said to be made-to-order, which are actually injection molded and have no effect, but are scarily expensive; relatively, they only need to buy a pair of medical-grade footwear worth one or two thousand yuan. The bow support can relieve the discomfort of flat feet in children.

Relevant data shows that almost all children under the age of two have flat feet, but with age, only 4% of children will have flat feet after the age of ten. For this reason, many pediatric orthopedics doctors advise parents that they don’t need to be too nervous when they see their children’s arches collapse.

However, “What if my child is the 4% pediatric flatfoot patient?” This is probably the most anxious big stone in the minds of parents. Indeed, out of the 200,000 newborns in Taiwan each year, 8,000 of them have genuine flat feet. The number cannot be said to be small, but how can parents know whether their children have flat feet?

In fact, from the point of view of the foot and ankle surgeon, the collapsed foot is not an absolute condition for judging flat feet in children. Parents with doubts can observe when their children’s heels stand together when they are 7-9 years old. Whether the centerline of the patient is curved or not, if you have both of the aforementioned conditions, you must consult a foot and ankle specialist. 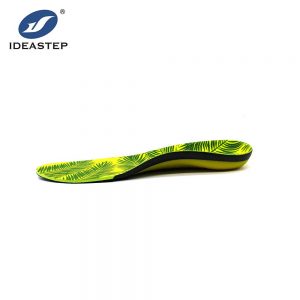 Generally speaking, severe flat feet in children will have some symptoms of valgus feet, such as external rotation of the toes, irregular heels, and large protrusions on the inside of the feet. Therefore, if it is caused by excessive tension on the inner side of the foot, causing pain, or when walking with the inner side of the foot, causing symptoms such as inner gait, you should go to the hospital as soon as possible for more precise examinations so as not to delay the treatment of flat feet.

An operation performed with an inner orthosis made of high-density polyethylene is called “subtalar joint restriction”. Its principle is like implanting an orthopedic insole that is worn on the outside into the foot, so the effect is very significant. In addition, patients with flat feet in children are still in the growth stage. Over time, the growth of the tendon will naturally be permanently set at the correct tightness. (High-density polyethylene is the material used in general artificial joints. It has been used for decades and has proven its long-term safety in the human body)

This is an operation that has been practiced for many years in advanced countries, but unfortunately, there are still few people in China. In fact, “subtalar joint restriction surgery” can not only cure flat feet in children but also has small wounds and rapid recovery. The patient can be immediately after surgery. Activities and other advantages. To

However, this effective surgery has a limitation. It must be performed before the child’s arch is fully developed. Judging from the current rapid growth of children, the operation should be performed before the age of 14 to 16 at the latest, otherwise waiting for the child Growing up, when pediatric flat feet evolve into rigid adult flat feet, the only way to correct the surgery at this time is to cut the bones and tendons to be more troublesome.

When I started to introduce the “subtalar joint restriction” treatment five years ago, I also worried about whether the prognosis of this kind of operation was not as good as I imagined. However, this is strictly medical material approved by the US Food and Drug Administration (FDA). With the increase in surgical experience, all patients performed well in the outpatient follow-up after the operation without obvious discomfort. I feel that my confidence has greatly increased. Medical associations at home and abroad published the results of treatment. 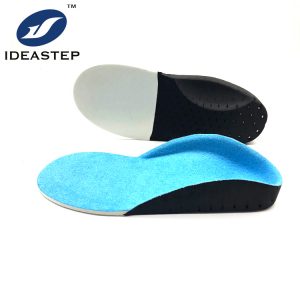 Before surgery, most parents always have doubts about allowing children to undergo surgery. However, seeing the improvement in gait after surgery and the increase in mobility, they often thank me with a smile, and many people even wonder why. Do not more people receive such a simple and effective operation?

Children are the future masters of the country. If every year 8,000 children with flat feet can pay attention to and choose the right treatment at the right time during the two key periods, then can we let many children who were originally gloomy and inactive, Can have a healthier and better quality of life future!